Stoneham Golf Course: COURSE OPEN - 16th Hole closed for irrigation works. CARRY ONLY - No trolleys will be allowed unless permission from the office. 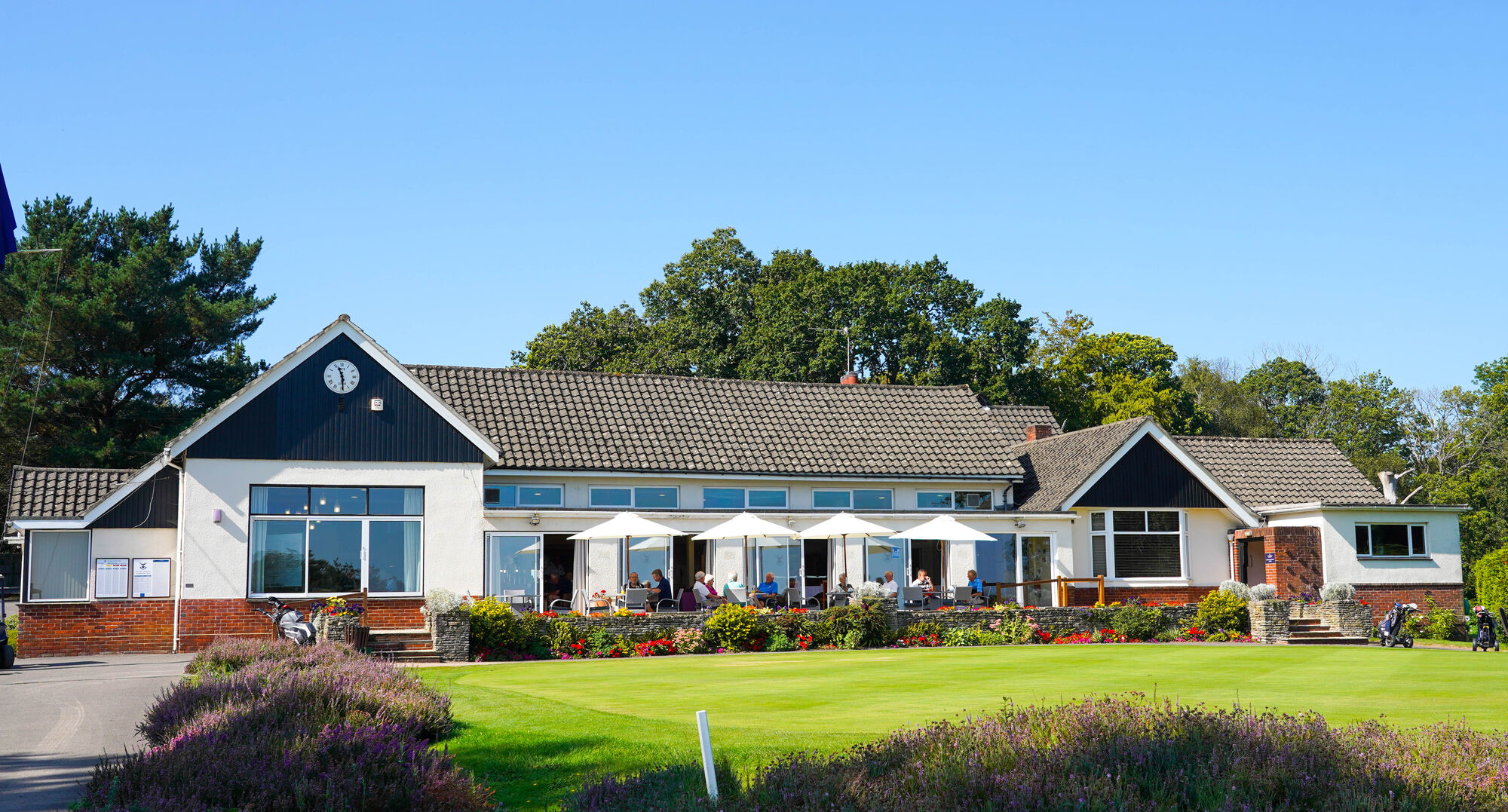 A ball is out of bounds if it lies beyond any fence, hedge, line of white posts or white lines bounding the course.

Staked trees. If such interferes with a player’s stance or the area of the player’s intended swing the player MUST take relief.

Artificially surfaced pathways including the greenkeeper’s track to the right of the 1st and the path on the 8th.

Drainage holes and covers on the 1st and 10th greens.

In addition, a player may take relief under Rule 16.1b if a fixed sprinkler head is:

The ball must lie on a part of the General area cut to fairway length or less.

All Unmarked Ditches are to be treated as part of the General Area.

All areas demarcated by a continuous white or yellow line are Ground Under Repair.

No free relief is allowed for a ball embedded in the stacked turf face above a bunker.

Integral parts of the course Rule 8.1

No relief from interference from the above is available unless under penalty.

The drainage lines from bunkers in the General Area of the course and across the 18th fairway/rough will be GUR (Ground Under Repair). These areas will not be marked. If the drainage lines or cores/holes affect your lie or stance, relief MUST be taken using Rule 16-1.

On a putting green, a ball which comes to rest in or on an aeration hole may be lifted without penalty, cleaned and placed, as near as possible to the spot where it lay but not nearer the hole.

In the general area, the ball must be dropped in the relief area within one club length of the reference point.

All bunkers on the course are now in play

All newly laid turf in the General Area is now in play unless clearly marked by a continuous white or yellow line (GUR).

Given that there could be areas where these turfs might not have completely bound together, there is a Local Rule in place to cover a situation where your ball may finish in one of the seams between the turfs. Relief may be taken for ‘lie only‘ (Model Local Rule F-7) if your ball finishes in the seam of two turfs. Common sense should prevail!

Until further notice and given there are still marks from the winter works, all Tractor/Vehicle Marks, in the General Area, are deemed abnormal course condition (GUR). Relief may be taken for ‘lie only’ (using Rule 16-1b)

Green Posts: The Green Posts on the left of the hole and in the pit on the right of the hole highlight ‘No Play Zone’ (GUR). If your ball finishes within these areas, relief MUST be taken using Rule 16-1f.

If the ball has not been found and it is known or virtually certain that the ball came to rest in the ‘No Play Zone’, the player must take free relief under Rule 16.1f

Doubt as to Procedure (in stroke play) Rule 20.1c

If a competitor is doubtful of his rights or the correct procedure during the play of a hole, he may, without penalty, complete the hole with two balls. After the doubtful situation has arisen and before taking further action, the competitor must nominate the ball he/she wishes to count if the Rules permit. The player must declare his/her intention to invoke Rule 20.1c before striking either ball.

The competitor must report the facts of the situation to the Committee before returning his score card. If he fails to do so, he is disqualified

Interference by an abnormal ground condition occurs when a ball lies in or touches the condition or when the condition interferes with the player’s stance or the area of his intended swing.

Except when the ball is in a Red Penalty Area a player may take relief from interference by an abnormal ground condition as follows:

General Area. If the ball lies in the General Area, the player must lift the ball and drop it,

without penalty, within a one club-length relief nor nearer the hole than the nearest point of complete relief within the General Area.

If it is known or virtually certain that a ball that has not been found is in an abnormal ground condition, the player may take relief under this Rule 16.1 If he elects to do so, the spot where the ball last crossed the outermost limits of the abnormal ground condition must be determined and, for the purpose of applying this Rule, the ball is deemed to lie at this spot and the player must proceed as follows:

General Area: If the ball last crossed the outermost limits of the abnormal ground condition at a spot through the green, the player may substitute another ball, without penalty, and take relief as prescribed in Rule 16.1